Sports betting retained top spot as the dominant vertical in the French online betting and gaming market, with stakes rising 49% during the third quarter to €1.6bn compared with the same period in 2019, thehighest volume of stakes recorded during a quarter for 10 years, French regulator Autorité Nationale des Jeux said.

Third quarter figures were released late last week and remote betting continued to prove its worth as further lockdown measures were imposed across France in recent months: 83% of all stakes were placed via desktop or mobile platforms.

Betting operators recorded €228m in gross gaming revenues for the period, an annual rise of 6%, while the number of active player accounts was up 37% to 2.2 million on third quarter 2019.

Sportnco’s betting network of operators includes brands like NetBet, ZEBet and GENYbet and has approximately 15% share of market. 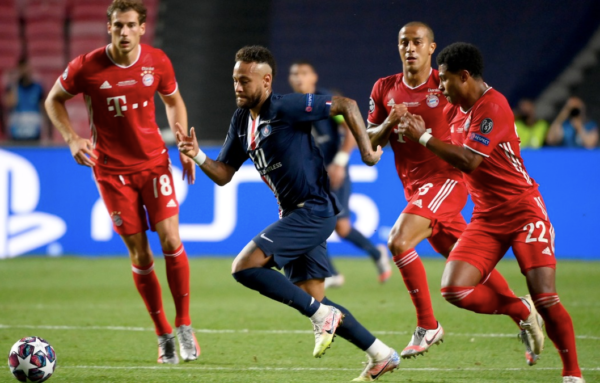 The rise in staking levels also happened despite major Summer competitions like the European football championship and Summer Olympics being cancelled because of COVID-19.

However, while more players bet on French sports, stake levels were down on annual basis to 14% of all stakes in 2020 (from 20% in 2019) at €104 average spend per player. This was due to unfavourable sporting results for operators, which meant players kept more of their winnings.

Football took the lion’s share of the activity with 56% of all bets. French players placed €31m worth of bets on the rescheduled final of the Champions League between Bayern Munich and Paris Saint-Germain. This was the second highest amount bet on a single match after the 2018 World Cup final that saw France win the tournament in Russia. Tennis followed at 25% of all bets, with basketball on 9%, mainly focused on the NBA.

With 70% of sports bettors aged between 18 and 34 and their numbers up 115% on the previous quarter, French regulator ANJ said this showed how players responded so decisively to the sporting calendar was and emphasised the importance of player protection and responsible gambling.

Sportnco goes live in the US with SuperDraft Free SportsBook App

17/08/2021
We use our own and third-party cookies to be able to execute our services, and to show you advertising related to your preferences. You can get more information in our Cookies Policy. You can accept all cookies by pressing the "accept" button, or reject their use by pressing the "reject" button.
ACCEPT REJECT
Manage consent

This website uses cookies to improve your experience while you navigate through the website. Out of these, the cookies that are categorized as necessary are stored on your browser as they are essential for the working of basic functionalities of the website. We also use third-party cookies that help us analyze and understand how you use this website. These cookies will be stored in your browser only with your consent. You also have the option to opt-out of these cookies. But opting out of some of these cookies may affect your browsing experience.
Necessary Always Enabled

Any cookies that may not be particularly necessary for the website to function and is used specifically to collect user personal data via analytics, ads, other embedded contents are termed as non-necessary cookies. It is mandatory to procure user consent prior to running these cookies on your website.